Edeka Baur is the best address for food in the entire region. The claim is none other than “love”. Because with the grandiose advertising slogan “Wir lieben Lebensmittel” (We love food), which in the second version got a heart symbol as a substitute for the word “lieben” (love), Edeka has won just this heart of very many customers. We were allowed to develop a regional recruiting campaign for Edeka Baur.

What is the function of a campaign for a local employer? Depending on the contact time of the medium, it can be one to several functions. In the case of large-format billboards, the aim is to maximize the speed with which the message and the sender can be grasped; in the case of citylight billboards, a second piece of content can be communicated.

The briefing for the Edeka Baur recruiting campaign was as good as it was clear: the anniversary design, which we had developed a while earlier and which was very popular with the Edeka team and customers alike, was to form the visual basis. A catchy advertising slogan as a headline was to convey the message that there are job offers at Edeka Baur and at Brothaus Baur. 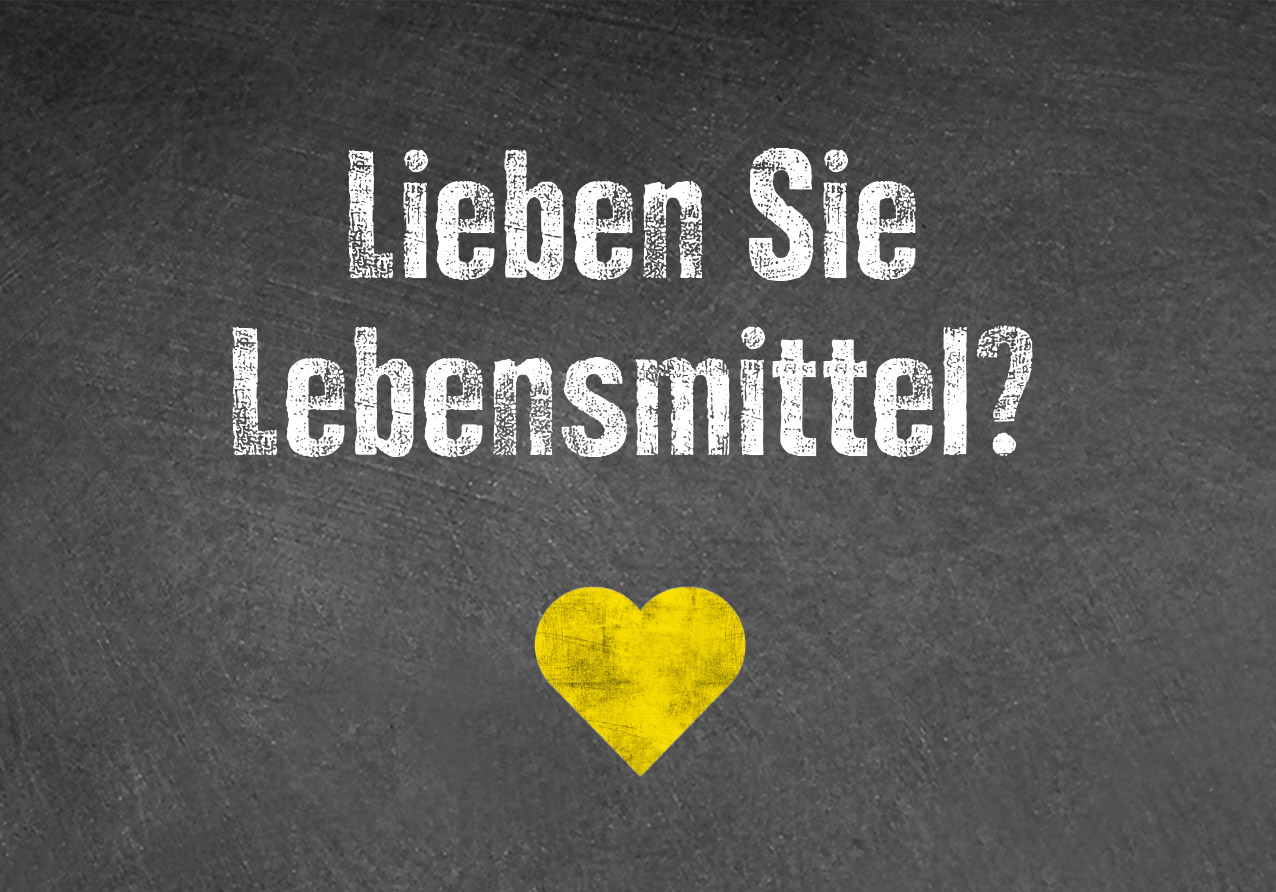 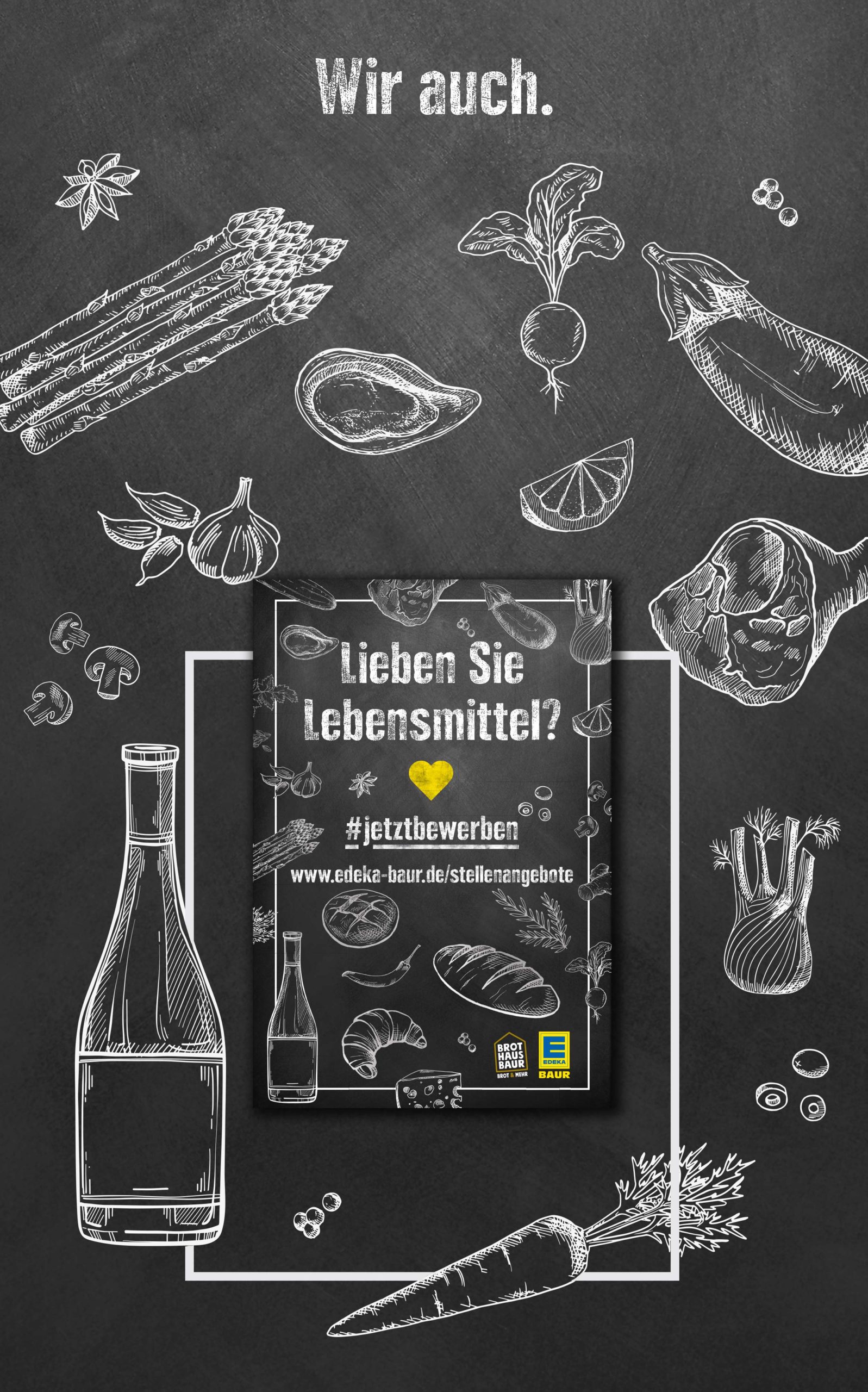 We took the established nationwide claim and turned it into a question: “Lieben Sie Lebensmittel?” (Do you love food?). Three words and a question mark says it all. Because the Edeka Baur appearance and the allusion to the claim implicitly resonate with the sender. At second glance, the target group can convince themselves of this, as both sender logos are placed in an easily recognizable position.

The question and a hashtag call-to-action #jetztbewerben are visually separated by the Edeka love heart, resulting in a coherent overall composition. The ad is finished off with a generic web address that is easy to remember. The campaign ran for several weeks on billboards and citylights throughout the region. Once again, a wonderful collaboration with one of our favorite clients who is literally “close” to us.